Mainsteam Media could not have got this MORE wrong about the BC Real Estate Market... 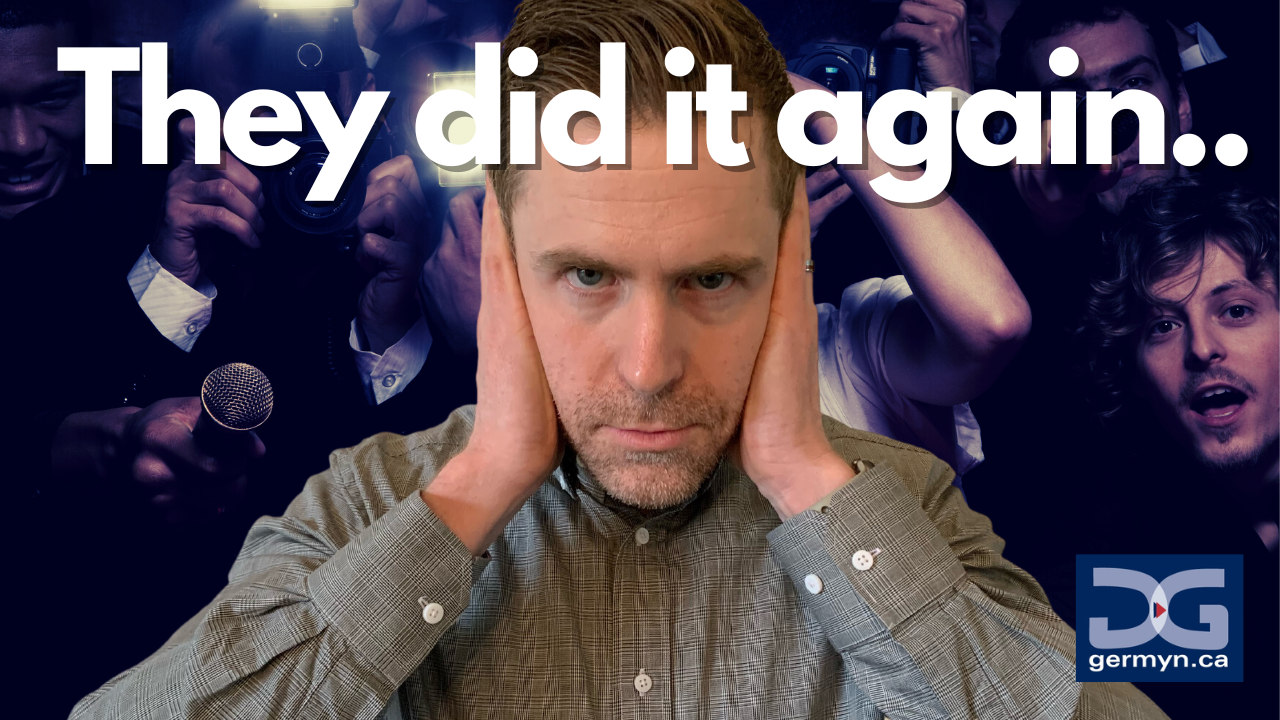 The newest sales statistics are gonna be out any day now and you are gonna hear some wild numbers going on out there about how much sales are down from this time last year. And the problem with that is this is the media trying to sell you a certain piece of the story and not really giving you the proper context or really giving you information that's going to help you decide whether it is a good time to either buy or sell a home in Surrey, BC or surrounding area. So how bad is it really out there? How dead is the market? Is the market dead at all?

And what is the real story behind what is really going on? Today's video is all about giving you an exact idea and putting it a little bit in the context of where we are for sales historically and how that might reflect what's actually going on in the market. If you're curious if the market is as dead as it feels or as dead as you might hear or it's as bad as you might hear, today's post is just for you. What's good everybody? It's Darin Germyn from the Germyn Group, where we know you've only got one chance to either buy or sell your next home. So we're here to help you get it right.

You only get to what they say, eat what you get served. Well, speaking of eating what you get served today, I want to show you the historical sales over the last five years and put a little context into what is really happening in the market. All of the armchair economists and realtor out there are going to give you lots of opinions on what's going on out there. But statistics don't lie. So let's talk a little bit of a story and go all the way back to 2018.

Coming out of 2017 was kind of like coming out of 2021. The market was red hot in 2017 and it started to kind of cool on its own in 2018. But of course, if you are a real estate aficionado, you probably remember that the mortgage stress test was announced to come into effect on January 1 of that year. And it really started to take grasp in the spring of that year when people 90 or 120 day rather rate holds started to expire. So we saw quite a busy start to the year right up until the time that the spring hit.

The sales volume in the Fraser value peaked in about May, and then it was basically on a steady decline all the way into the end of the year. Now sales start to dip towards the end of the year anyways because a lot less people tend to put their homes up during the Christmas time and that's a really big driver of our market. A lot of people tend to move in the fall in hopes of being into the new home and out of the old home for Christmas time. So this is kind of a normal phenomenon.

We started 2019 almost 1000 sales lower than where we started 2018. So obviously the market was still quite a bit quieter at that time. But as the spring months progressed, you can see that the market really started to pick up and remain relatively low in terms of sales for the remainder of 2019. Doing that seasonal dip right before the holidays again at the end of the year 2020 came in and it was starting to get incredibly busy.

I remember in January and February and even the very start of March, just how nuts it was because we MacDonald Realty see the market starting to ramp up. It kind of felt like it felt in 2015 where we're all looking around saying, something's going on here, but we're not quite sure why it's so busy. And it was just starting to get really busy. But then what happened in March of 2020 basically everything as we knew it completely blew up because the COVID-19 pandemic kind of hit British Columbia and the lower mainland in and around early to mid March of 2020. What a terrible time for everybody.

One of which I'm sure nobody wants to relive, so we're not going to. But obviously sales were affected. Nobody knew what was going to happen at that time, and this was a big shocker to the market. Obviously, nobody could have predicted or expected it, so it had quite an impact for a few months. But of course, what happened, and you know the story, the market absolutely took off, sales absolutely skyrocketed, and we started seeing months with almost 1000 sales more per month of properties transaction between buyers and sellers than we had seen in years prior.

So this was a little abnormal. We had a really high volume of properties transacting at that time. After the seasonal Christmas slowdown, the spring just was nuts again, and the market just took off like a rocket ship right up until really about the spring, where we saw a little bit of a lul period. It wasn't a ton of activity necessarily going on. It was not nearly as busy as it once had been, but we were still doing pretty good in terms of sales.

However, there were many months where we were actually underneath the 2020 numbers in terms of properties transacting, but still decently above where we were in years prior in 2018 and 2019. And this brings us to 2022. Now, the one story that this graph might not show you is the amount of available property that was actually for sale at this time. So while this graph doesn't reflect price, there was very small amounts of property available for anybody to buy in December and January and February, which is why we had such a massive spike in prices. We had a massive spike in prices over the last two years, but specifically it got really crazy between about December to February, March of 2022.

So that's all come and gone. But obviously it is July. The numbers for July aren't out yet. They will be very shortly, but June is the most recent set of numbers that we had. And you can see where June falls in terms of the last five years for property sales, while it's on the lower end of the last five years, and forgetting about the craziness of 2020 and 2021, which were really not normal or realistic, we had ultra high levels of transactions at that time.

You can see we're really not that far off in terms of how many properties are changing hands in any given month. The reason this is important and should be important to anybody watching this video that's maybe thinking of buying a home or selling a home, is the market isn't dead, and it never has been dead. While it's certainly slower this time than it was at this time last year, we are still selling and transacting many properties and there are still people out there looking to buy homes. The big question for anybody that maybe has their home listed for sale right now is, is your price appropriate to actually reflect, to get a buyer, to put an offer in on your home? Because we do know that prices have come down since the peak.

But there you have it. The market is not dead. There is still very much life left in the market and we are starting to see much more of a normal, traditional type summer where people go and they go out and enjoy the beautiful weather outside if they don't necessarily have to buy a house today. Anyways, everybody, that's it for today's video. I just wanted to make sure you saw that the market isn't dead, regardless of what the media is going to tell you in the next few days, saying that it is down 50, 60%, whatever from this time last year.

They are probably using some numbers that are a little unrealistic because the market was so crazy and it's not really reflecting what a normal market is doing. I would love to hear what you think. What do you think about what's happening in the market? What do you think is going to happen and what do you think about today's post? Also, if there's anything you'd like to see a post on, be sure to leave a comment below and let us know exactly what's on your mind.

I appreciate you reading. And again, guys. I'm Darin from the Germyn group. You've only got one chance to either buy or selling or your next home. We're here to help you get it right. Take care of yourself, enjoy the summer and we'll talk to you soon.