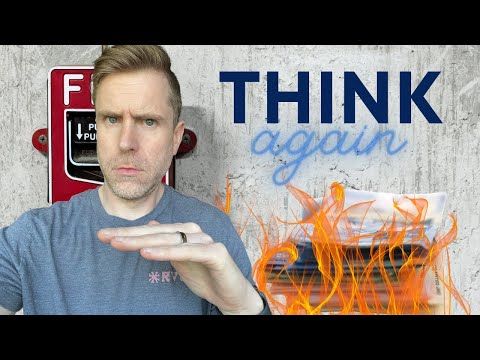 There are two groups of people reading this post right now. The first group are people that maybe bought a home in the Surrey area at the very peak of the market and are maybe feeling a little bit bad about doing so. The second group of people are the people who didn't buy during the peak of the market. Whether they bought recently, just now, or they didn't buy at all, these people, well, they can be a little mean sometimes to the people that did buy during the peak of the market. Jump on any online forum and you will see all sorts of comments from people about how they are so wonderful and so smart because they didn't buy at the absolute top of the real estate market in the lower mainland, which for Surrey anyway, seemed to be in and around April or March of 2022.

Whether you fall into the first camp of people or the second camp of people, this post is definitely for you. And you're going to want to check this out. And the reason for that is because for the people that bought at the peak, you're definitely going to want to see this because this is going to give you some ammunition to fight back against the haters out there that say you shouldn't have bought a home. And for the people that chose to sit on the sidelines, well, you're going to feel a little bad after you read this as well because we are going to break down the differences between buying at the peak and buying now and who really saves money in the end. And you know what?

I think the answer is going to really surprise you. If that sounds like something that you want to see, this post is definitely for you. So let's jump right into it. What's good, everybody?

Okay, so it is easy to have commentary and to put a little bit of a hate on for anybody that bought during the peak. Anybody that shows to wait on the sidelines and to see what happens certainly has been walking around feeling good about themselves over the last little while. Because there's no doubt we have seen prices across almost all types of products come down from the peak of the market since about March or April of 2022. I was curious if these people that decided to wait really did the smart thing. We all knew that the market was getting a little bananas out there, and there definitely was a lot of people who decided to hold off.

But did they make the right decision? Are they actually saving money by holding off? Well, we ran some numbers to see exactly whether that was the case, and there was a few assumptions that we put into this as well. Number one, we assumed that you either bought in March or you bought today. So we need some sort of price point to compare March to, which is today.

The next assumption we made is that you probably had a rate hold, and we're going to say a rate hold in about February. So you had a rate hold about two months before you actually bought if you did buy in March. If you didn't, well, you're going to be subject to today's rates. And as a little spoiler, they're about 1.6% higher rate now than they were at that time. We're also going to pick some numbers for types of products that are just kind of average numbers, and it's what we generally see in the marketplace when we help people buy and sell real estate in Surrey.

Quick disclaimer as well. All these numbers come from the home price index provided by the Fraser Valley Real Estate Board. So these are benchmark numbers. All right, so let's start with number one. Let's pretend you are a first time home buyer and you were so excited to get into the market that you bought your very first condominium.

Of course we used a condominium because that's what most first time buyers buy. But you bought a condominium and got into the market in March of 2022. You would have paid a peak price of $588,800, where you could have bought it today for $541, where you could have bought it today for $541,300, which is $47,000 less. Or a better way of thinking them is the average numbers of what the typical property is going for, whether it's a condo townhome or a detached. So $47,000, that is a monstrous number.

You could have saved $47,000. But hold on 1 second, because there is more to the story. Now, let's assume that you just made the decision to buy a home today instead. Well, if you're a first time buyer, you have to account for the rent that you've paid over the last four months. We average that at about $8,800 over the course of four months.

You've also got mortgage rates at our 1.6% different today versus four months ago, which means you're paying an extra $422 per month. Not only that, but you will pay extra interest on your five year mortgage at today's rates versus the rates you could have had at the peak, which is going to mean you will pay an extra $38,157 of interest that you normally wouldn't have paid plus, you're going to put $12,819 less towards your equity over the course of the next five years. So if you had to waited until today to buy your first condominium for $600,000, you would be out a whopping $61,464, also known as over $14,000 more than the people that you judge who bought at the peak of the market. Mind blown, right? You probably didn't know that.

Well, I know what you're saying out there and just pump the brakes, okay? Yes, I know townhomes have moved quite a bit. I know detached homes have moved quite a bit, so just hold your horses we're gonna get into those right now. In fact, let's get into townhomes right now. If you had bought a townhome during the peak of the market in Surrey, you would have paid $933,100 versus today's price of $884,400.

This is a difference of $98,700. We are talking almost $100,000 of savings in just four months if you had a waiting to buy. So there's no way that you could lose here, right? In this case, we don't have any rent to pay, and we didn't make any adjustments for the additional mortgage amount you would have paid on the difference between the mortgage you were likely paying on your condominium versus the mortgage you would pay on the new townhome. However, just on the interest rate difference alone, you will be paying $34,885 more over the course of five years towards your mortgage, and you will also be putting $5,655 less towards your equity over the next five years.

Sounds pretty bad, right? But hold on. There's one more number that you're not thinking about. Don't forget, because you didn't sell your condo back in March of 2022, you are now selling your condo at today's value, not the value of the peak. This means you are giving back $47,500 in difference.

This is the loss of equity in your condo by selling today. This is a total of $88,040, giving us a total difference of approximately $10,000. Hey, so great people that lived in a townhome who decided to wait and see what happened has saved approximately $10,000. Yet I guess the one thing I would probably consider is that's four or five months that you've been spending in the home that you no longer want to live in. So while you're ahead of $10,000, you're still living in a place that you probably don't want to be.

So we have one more to jump into. And there's no doubt that detached homes have probably been the most hammered by these price changes since the peak of the market. And you're probably thinking that the detached home people that decided to wait made a big financial gain. But did they really? Well, let's look at the numbers, and you're going to find out.

$163,000. But as you know there's more math that we need to throw in there. Based on today's interest rate versus what you could have had previously, there is a Difference of $122,100 that you will pay an extra interest over the course of the next five years of your Mortgage. Speaking of paying your mortgage the money that's going towards your equity is actually going to be -$41,022 and just like in our last example if you're coming from a Townhome into a detached you got to give some of that extra equity back that you would have had if you had sold in the peak of the Market And unfortunately, in this case, you're going to give back $98,700. This means for those of you that waited to move up from your town home to a detached home have given up $261,822.

This is nearly $100,000 less in your pocket versus somebody who bought their home at the peak of the market. Now, of course, there are lots of other numbers we could have thrown in there. We could have put in things like strategies and property tax and, as mentioned, additional money paid on the bigger portion of the mortgage. If you had a bought a townhome to a detached or done a condominium into a townhome but we wanted to keep this simple for the purpose of this post. So if you're someone that's feeling bad that they bought during the peak of the market, don't feel too bad, because these numbers show us that you're likely further ahead than those who have been sitting on the sidelines.

And if you do know somebody that bought during the peak of the market, be a little nice to them. Because if they did and they are reading this post, they're probably going to have some comments for you as well. So Be Gentle Everybody. Let's all be nice to each other. Okay?

That's it for this post. I want to thank you for reading. And if you check out the description below, you're going to see some of the details that we use to produce these numbers. And while you're looking down there, don't forget we've got a link to our calendar where you can book time to chat with me directly. Whether you are buying a home or selling a home in the Surrey or surrounding area.

As always, it's great to see you back here, and we'll look forward to seeing you on the next post. Cheers.