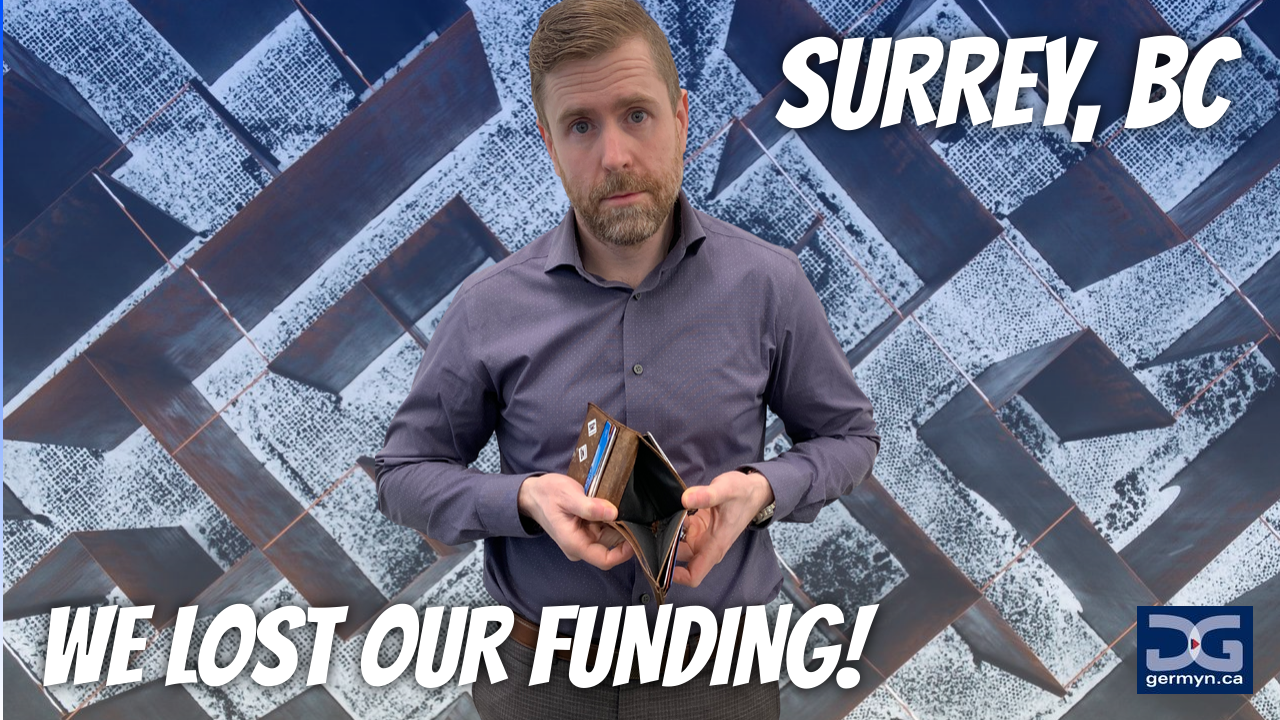 So you've been trying to buy a home in Surrey, BC or surrounding areas for forever and it just doesn't make sense. It seems like it should be easier and there should be more supply and you shouldn't have to compete against all these other home buyers, just to either buy or even rent a home in Surrey. Well, if this fits your description, this video is completely 100% for you today, because I've got some good news coming. You are definitely going to want to hang around and check this out.

So Surrey has to grow. We've got the space, we've got the transit, we have got it all. We are a great place to live and there is so much room to bring on more development. Plus we've also got a ton of old development in Surrey that could be repurposed and made much better and improved from what it currently is. You see, one of the problems with development though, is the philosophy of N.I.M.B.Y. If you're not familiar with what N.I.M.B.Y means, here's a crash course. Nimby stands for Not-In-My-Backyard. This means anytime development is coming up in a neighborhood, I think everyone agrees that more homes, more development is a good thing for a city. The problem is it's only a good idea if it's in your backyard, not mine.

I love the idea of a 40 storey high rise condominium that's going to bring an extra 400 homes to the area as long as it's beside your house and not mine. And this Nimby-ism doesn't just apply to homeowners, it also applies to municipalities. Municipalities are blessed with all the space that they generally need to have new development come in, and they've got developers willing to spend the money. With the consistent improvements we've seen in transit and just our general roadways, we are able to bring in more and more density into these neighborhoods in not only Surrey, but across the Lower Mainland. But here's the problem.

Nimby-ism also applies to municipalities. So often development proposals end up in front of the City Councilors at various municipalities, including Surrey, and it never gets any further. These development proposals fit completely in line with what the community plan is, but once that gets shot out and the ability goes for the public to be in commenting, they don't want these things in their backyard. Often the City Councilors, knowing who their constituents are, oftentimes will vote down a great development proposal which would hugely benefit the municipality and homebuyers or anybody generally coming to our area. It's a broken system and it's incredibly problematic.

But here's the good thing. It looks like our provincial government wants to do something about that. With all the immigration that's going to end up coming to the Lower Mainland in the next 10 or 20 years. We need to add supply, and we need to add it now. There are lots of things that the provincial government can do, but one of the biggest ones is always going to be an injection of new supply of homes to the marketplace.

BC's Housing Minister David Eby is completely fed up with the municipalities, and this could be a really good thing for would-be homebuyers. He's completely fed up, and he's willing to start getting tough with municipalities who are not living up to their commitments for adding new housing. Municipalities that don't get on with new development and allow community opposition to influence their decisions are going to find their lives becoming very problematic, potentially in the near future. He goes on to say that he believes municipalities that are not approving new housing should not benefit from programs that are intended to support an increase in population, like transit, for example. If the province of the feds are investing in transit in your community and that's connected to population growth, and you have refused to allow anything other than single family houses in your community, how does that make sense?

Communities that are not playing along should not benefit from government programs intended to support population growth. Now, his frustration is also directed at municipalities that hamper new construction or substantially diminish what could actually happen with development, meaning less housing, instead of opting for more housing. He doesn't want to see the scales of the projects being reduced just because of Nimby-ism. Eby also commented that there are tens of thousands of units that are tied up in municipal red tape, including those that are publicly funded nonmarket homes. Now, adding more supply is always going to be the best way to help balance the scales for home buyers.

So often in the past the government has just 100% focused on curbing demand. And guess what? You need a place to live. Everybody does. Curbing demand is not the answer. Adding supply is the answer. David Eevee basically warned municipalities that if they don't start adding more housing stock and approving some of these developments, they're going to lose funding from the provincial government. Now, I think this is an amazing idea because it has been a problem for way too long. We need housing stock, and coming out of the current market conditions we've been in where prices have jumped over 30% in a year, that's not good people. It's not sustainable.

It's scary. And if we ever saw a downturn it could be very, very bad for everybody. This is because real estate is one of the #1 economic drivers in British Columbia so we don't want anything to happen with that. So there you have it, guys. That is what the provincial government is looking for and I don't think that's going to be an unpopular thing when it comes time for re-election in the upcoming future.

As always though, I'm curious what you think. As always, I want to thank you for watching. I'm Darin Germyn with the Germyn group. You got one chance to buy or sell your home. Let us help you get it right. Thanks for watching and we'll see you on the next one.