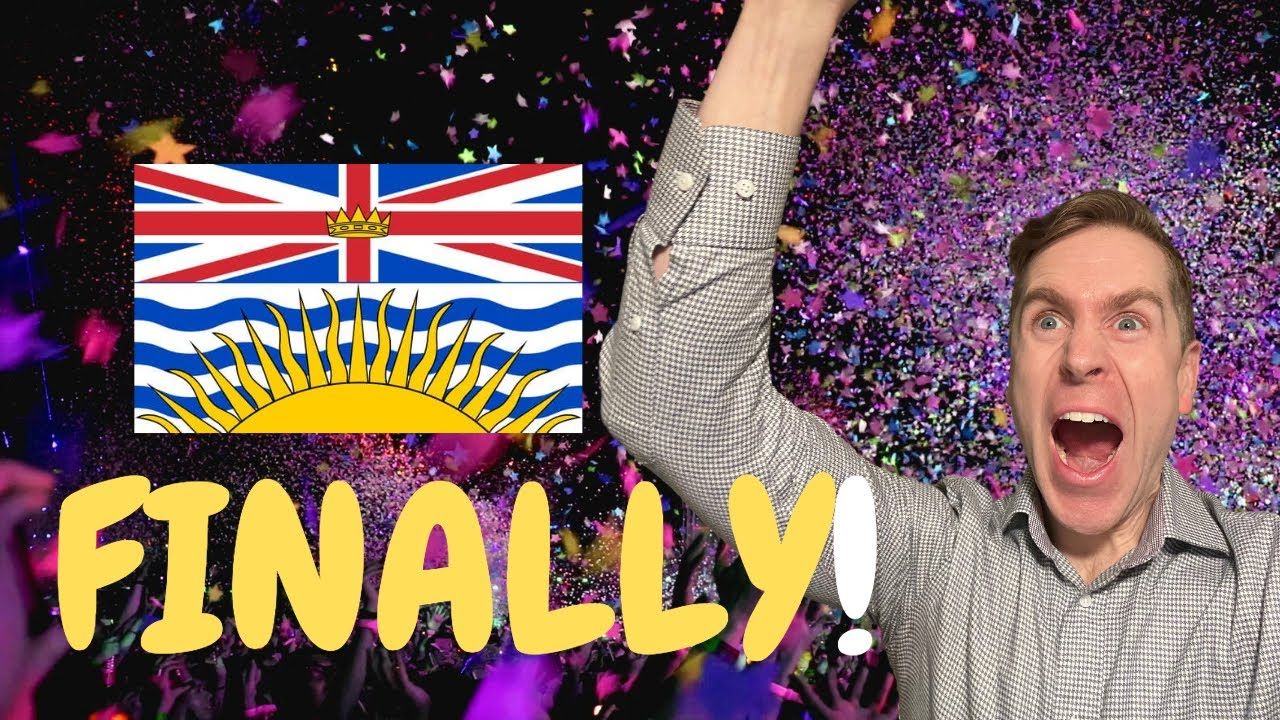 So it finally happens. Something to get incredibly excited about. If you are someone that is looking at buying a home not just in South Surrey or Whiterock or Surrey, but anywhere in British Columbia, this news that just came out today from the BC Government is going to absolutely turn things over for upcoming home buyers in the future in the province of British Columbia. We have waited forever for something like this and specifically we have waited forever for this particular announcement. So I am so excited about the announcement that Premier Eby made this morning specifically on the housing development process.

This is one of the things forget all the other stuff that's been announced recently, this is one of the things that is going to make the absolute biggest dent in having more inventory become available for homebuyers in British Columbia. So we're going to dive all into this announcement in this post. Of course, I wanted to get this post to you as soon as possible. So this announcement just came out this morning and I'm sure there's lots more that's going to be released about it. But I want to tell you exactly what was released, what we know so far, and I want you to hang around to the very end because I've got something really cool for you that we just launched.

We just launched it actually a few days ago that is absolutely blowing up Facebook. We're getting tons of downloads on it and I think it's something, especially if you're someone that's looking to buy a home that you're going to want to get your hands on. So hang around till the end and I'll let you know how you can get a piece of it. What's good everybody? It's Darin Germyn from the Germyn Group, where we know you've only got one chance to either buy or sell your next home.So we're here to help you get it right.

So Premier David Eby jumped in front of a set of cameras this morning and done what he's gotten very good at in the last short while, is making big announcements that hopefully are going to shake things up for the province of British Columbia and all those that live in it, including you and myself. The announcement that came this morning was specific to the backlog of development permits that we see in the province of British Columbia.

And if you didn't know how many might be actually backed up in the province, there's currently estimated to be about 1000 that are waiting to be approved. And this is a process that can normally take years when someone is trying to build a new development and usually it's the bigger developments that you experience this on, but it can take a long, long time. And effectively they're trying to get those to go from taking years to get approval into just months. So what are they doing and how are they going to do this?

Before I jump into that, let me explain why it's such a problem in our province to really build anything and why it is also so expensive. Number one, it's incredibly slow to get development permits, and time equals money. The longer projects are tied up, the more that people have to spend on things like carrying the property and securing trades to come in and eventually do the work. And they're also paying professional services to constantly update things and meet the requirements of the province. So this all ultimately gets passed on to the end consumer, which is the homebuyer.

Furthermore, there's multiple ministries involved that have to look at multiple applications for the same development, which really bogs down the system. And if you've ever been experienced in developing a piece of property into something better, you're also going to know that it's really frustrating and difficult to even know where you sit in the process. Where is the paperwork, who's reviewing it? Where is it going, and when can you expect an answer? So here's the good news.

There is going to be 42 full time staff being hired to help centralize all of these applications in one spot in the goal of slimming down the time Fraser to get things approved in our province. This is amazing. It's all going to be in the same spot and there's not multiple ministries that are going to be responsible now. It's going to be one central place. Even better is apparently from the BC government's website.

They say that they're going to start with 42 full time staff, but this department could get up to 203. Even where the 203 came from, I have no idea. But they said up to 203 people actually actually working in this department as it begins to grow. This is phenomenal. So they're calling this a hub for having all this done.

And what they actually say on the website is that this will create a single coordinated approach to housing related permits and authorization, eliminating the need to submit various applications to multiple ministries. While the single application window is being established. Over the coming months, permit and authorization decisions will be expedited through a cross ministry team focused solely on processing housing permits. Furthermore, they're going to prioritize urgently needed housing developments and they're going to prioritize them in communities that urgently need them as well. I really like this quote by David Ibn here as well.

He says, we're expediting permits through the current system at the same time as we reform it because in the housing crisis, there is no time to wait. So this is amazing. The end goal is speedier approval process for new housing. That is phenomenal. Something we should all be excited about.

Now, I don't want to throw a wet blanket on this really great announcement, but it can't help me but wonder what might we be missing from here? What maybe hasn't been thought about? Obviously, whenever you expedite something, you move something forward in a quicker pace. There is probably reasons why the original system was created. So what's missing from here?

What problems might arise? And I also wonder getting all this under the same tent, or in the same tent rather, what problems might arise from this? And I also can't help but wonder, you've got all these different ministries coming together, what role might doing something like this play in the future about possibly cutting the municipalities out of the decision making process as much as possible too, because oftentimes they are a big part of the problem. The different permits needed include things like water licenses, permits related to riparian, area approvals, transportation approvals, road re-zonings contaminated sites, and requirements for heritage inspections. So, as with every post, this is where I get really curious about what the viewer thinks.

How do you think this new announcement is going to impact the housing strategy in British Columbia? Is it going to work? Is it going to make things more affordable? Or what problems might arise from this? And maybe what hasn't been thought out that could be a problem in the future?

Is it going to help? What could go wrong? I'm curious what you think. Be sure to leave a comment in the section below and let me know. And if you ask a question that I don't know the answer to, I'll do my best to research it and get back to you.

I'm Darin Germyn with the Germyn Group. You've only got one chance to buy or sell your next home, so we're here to help you get it right. Thanks for reading, thanks for subscribing, and I'll definitely look forward to seeing you on the next post.